BlazePress Release Leave a comment
7 years ago6 years ago

NEW SONG LA CRASH TO BE RELEASED IN AUGUST

BAND IN MIDST OF KICKSTARTER CAMPAIGN

Based in Vienna, Austria Siren Call is Bulgarian born Yvonne Lace (vocals, bass) and US native Jason de Cordoba (guitar, backing vocals.) This multi-international duo works as a unit and has a knack for writing great hooks and bringing a multitude of different flavors to the table. They blend alternative rock with a bit of grunge and a lot of melodic pop, adding in emotional vocals to bring their sound to a poetic level.

Following up the April release of the video for their song ”Just A Man” the band gets set to drop a new single and video for the song “LA Crash” in late August.

See the video for “Just A Man” here: https://www.youtube.com/watch?v=0kP2-bVzV40

Although they have already established themselves as contenders in the European scene the band is ready and eager to bring their music and message to the US masses.  They are returning to Los Angeles this month with a string of dates on the Sunset Strip.  The band has launched a kickstarter campaign to help fund their LA tour expenses and video cost, as part of this crowdfunded endeavor you are all invited to join in the fun and of course, there will be plenty of pledger only exclusives. Support their Kickstarter Campaign here: http://kck.st/1K80gEu

See them in LA-

For more information and press inquiries, please contact us: contact@sirencallofficial.com 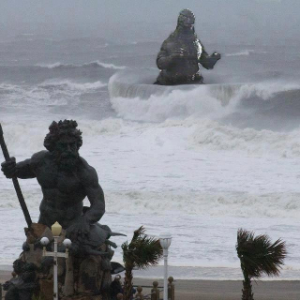 SirenaNews, Press Release Leave a comment
10 years ago6 years ago

We’ve just unleashed “Just a Man”, inspired by the 70s: rock’n’roll, groupies and an “Almost Famous” vibe as the inspiration behind our video. Here’s what the press has said about “Just a Man”:

“Direct from Vienna, Austria comes the multi-national alt-rock combo Siren Call. Featuring the Bulgarian born Yvonne Lace on vocals & bass and Jason de Cordoba on guitar, the duo rock a fun and cool 90’s vibe on the video for the track “Just a Man” and look to unleash even more righteous rock unto the masses soon”-Cellulioid Annoyed

“Song I listened to: Just A Man: Those riffs and the drums instantly get you rocking! And not in a cliché kind of way. It is a pleasure to hear such a passionate band, with killer lyrics, and especially during a time where rock seems to be taking a back seat in modern music. Incredibly refreshing!”-Skye McAdams – When Life Hands you a Lemon

“Just a Man” is currently settled in Second place with their song “Just a Man” in the Intel Superstars 2013 (Rock Category) Contest out of over 500 US Bands!

Buy the single on iTunes: http://apple.co/1NYJmfG